The excitement is already brewing and beginning March 20th at 9:00am CST teams will have the chance to register ONLINE for the 2020 Mercury National Walleye Tournament at MercuryNational.com. As published lastyear in 2019 paper …

WELCOME to the all new Official home page of the Mercury National Walleye Tournament. 2020 is the 42nd year of this Walleye Weekend event and we are celebrating with expanding on the same high standards …

FOND DU LAC, Wis. (May 13, 2020) — Event organizers today announced cancellation of the 2020 Mercury National Tournament, a walleye fishing competition originally slated to take place June 12‑14 on Lake Winnebago. This is the first cancellation of the annual event, a fishing tradition that began in 1978.

The event’s cancellation is due to the COVID‑19 pandemic and conforms with the state of Wisconsin’s “Safer at Home” prohibition of certain business activities and public gatherings.

“Our Mercury Marine team and collaborators at the Walleye Federation arrived at this difficult decision after assessing current public‑health recommendations and considering forecasts of when social‑distancing imperatives might relax enough to allow for a successful event,” said Mercury Marine Senior Manager of Competitive Angling Michelle Kilburn. “We concluded that the timing does not work in the event’s favor or the public’s trust. With less than a month remaining before the tournament’s scheduled start, there is too much uncertainty about whether we would be able to include essential elements that define this event, bring people together and make it something special for the community.”

The Mercury National Tournament has traditionally taken place in conjunction with Walleye Weekend, a community festival for the greater Fond du Lac region. Late last month, festival organizers announced a postponement of the event until the final weekend of August, citing concerns about large public gatherings amid the COVID‑19 outbreak.

She added that an attempt to reschedule would create scheduling conflicts during the active fall competitive‑ and championship‑fishing season.

Mercury Marine and the Walleye Federation plan to relaunch the event next year.

ATTENTION ALL REGISTERED ANGLERS – REFUNDS WILL BEGIN IMMEDIATELY back to the credit card it came from. We greatly appreciate your support and understanding. We all want to go fishing as soon as we can. Stay safe and stay tuned for the 2021 event!

The excitement is already brewing and beginning March 20th at 9:00am CST teams will have the chance to register ONLINE for the 2020 Mercury National Walleye Tournament at MercuryNational.com. As published lastyear in 2019 paper registration forms will NO LONGER be mailed out all registration are ONLINE now via this website.

Held in conjunction with Fond du Lac, WI’s Walleye Weekend, this year’s Mercury National will have many of the same elements anglers and fans have come to expect from this historic owner’s tournament event. The full purse will be paid out based on 300 teams with the grand prize being a Tracker Targa V-18 WT powered by a Mercury 150hp AND $4,000 CASH (Total value over $35,000). Prizes from Mercury and MotorGuide will be awarded for teams finishing 66-80, cash prizes for teams who finish 65 or better!  As another great bonus, big fish prize each day will once again be a Mercury 9.9hp kicker!

This year’s event dates are June 13-14, 2020 with a mandatory rule meeting and check-in on Oven Island, Friday evening, June 12th.

You don’t want to be left out on this limited 300 boat tournament! Don’t wait, registration begins March 20th , 2020 and CLOSES when 300 team limit is reached.

As a reminder, this is an “Owner’s Tournament” all engines (including kickers) are required to be Mercury/Mariner to participate.

For more info and to register go to mercurynational.com or contact the walleye federation at support@walleyefederation.com or 580-765-9031

WELCOME to the all new Official home page of the Mercury National Walleye Tournament.

2020 is the 42nd year of this Walleye Weekend event and we are celebrating with expanding on the same high standards set by those who have done such an outstanding job of laying the 42 year foundation of the Mercury Nationals!

This will be you home for all things Mercury National including: 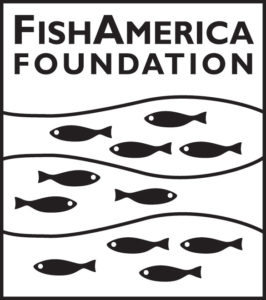